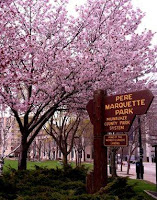 Milwaukee increasingly is included in lists for being at the top of cultural and social achievements from food to arts and beyond, and now we just made another. Milwaukee was named as one of the 10 Best Cities for Urban Forests by American Forests, the oldest national nonprofit conservation organization in the country.


Milwaukee was listed along with other cities you might expect to lead this type of socially responsible list, the others are: Austin, New York, Charlotte, Portland, Denver, Sacramento, Seattle, Minneapolis and Washington, D.C.They were judged from the 50 most populous cities in the nation based on a combination of six main criteria:

We may be used to getting accolades on our parks since Milwaukee County Parks won the 2009 National Gold Medal Award for Excellence in Park and Recreation Management from the American Academy for Park and Recreation Administration and the National Recreation and Park Association, but any award or top list achievement should be cherished and for the city to get the attention this time is great to see.

Milwaukee has a long history of urban forestry. Past struggles with Dutch elm disease and current ones with emerald ash borer (EAB) have led the city to implement diversification plans, as well as develop comprehensive inventories of its trees. With the exception of the city’s ash trees, which are battling the ravages of EAB, the city’s street trees are in excellent condition. Milwaukee has 25 acres of park per 1,000 residents. Its urban forest provides $15 million in stormwater savings and removes 496 tons of pollution annually — a value estimated at $2.59 million.
green lists milwaukee parks