Showing posts from May, 2012
Show all

Kick Off Outdoors Month With Free Weekend In Wisconsin Parks 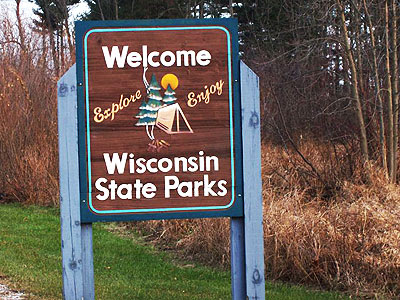 Medical Emergency? There's An APP for That.

In the world of the smartphone, many of the features we use them for are as far away from the 'smart' as you can get. Sure there are apps that help productivity for work, personal life, even health, but the time spent on them is far more likely to be social than anything else. Scattered among the many social media, media streaming, and game apps are ones that can be helpful.
Post a Comment
Read more 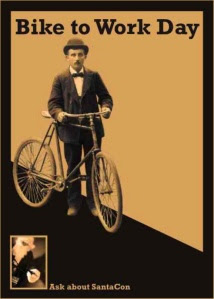 Tomorrow is the culmination of Bike to Work Week , the last day of the week and the most likely to see its highest participation as it is the official Bike to Work Day and also as a Friday likely has more casual and bike friendly dress codes for workers. Seeing as there will be such a large number of riders, it is important for drivers to be aware and respect the cyclist. Bikes, after all, are vehicles on the road just as cars, motorcycles, and scooters. A bicycle is defined by Wisconsin law as a "vehicle propelled by the feet acting upon pedals and having wheels any two of which are not less than 14 inches in diameter." Bicycles must obey the rules of the road, but in return other vehicles should treat them as such as well. When bicycles are treated otherwise, and drivers don't respect their space, accidents are more likely to happen.
Post a Comment
Read more 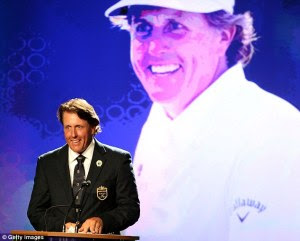 Golf is supposed to be the  gentleman's game - a game of etiquette  and integrity where players enforce their own penalties and report their own scores and act with decorum while on the course. Like every part of the real world it can have its moments where that does not seem to be the case - the attitudes and actions of players and fans alike can be less than stellar. But in Phil Mickelson, recent Hall of Fame inductee, there is at least one man who is a true gentleman not only on the course but maybe even more so off the course. I am not a big golf fan. Not that I dislike it. But I only play it here and there, badly, and watch it really only on special occasions. I never latched onto any player until Tiger Woods came along, and only until he had his meltdown. Perhaps it was the minority against the establishment that made me root for him, but as we all know eventually Woods became yet another a textbook case of the spoiled athlete. However, one of my brothers is a big golf fa
1 comment
Read more 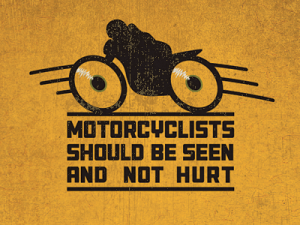 In a four-seasons state like Wisconsin, May is the first month that motorcyclists become active after Winter storage and so it is Motorcycle Safety Awareness Month . As gas prices climb, motorcycles are increasingly being used for basic transportation as well as recreation. More than 500,000 Wisconsin residents have motorcycle licenses or permits and more than 300,000 motorcycles are registered in the state, according to the Wisconsin Department of Transportation  and now is the time when the majority of them - Frozen Snot Rider particpantss and all-weather riders aside - are dusted off, tuned up,and taken out on the road. A few years ago I might have focused this post on safety for motorcyclists - and I will still remind bikers of the basics - but I have felt that bikers have gotten better and better at safety, and some facts are showing it such as that Motorcycle helmet use increased from 48% in 2005 to 67% in 2009 .) Instead it seems more important to remind car drivers how to sha
Post a Comment
Read more 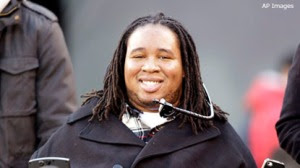 On Tuesday, the Buccaneers signed Eric LeGrand,who played for new Bucs Head Coach Greg Schiano at Rutgers, to their 90-man offseason roster, adding him to a team full of accomplished athletes. What makes this signing unique is that LeGrand is currently in a wheelchair and hasn't walked in 19 months.  On October 16, 2010, he was paralyzed from the neck down while tackling Army kick returner Malcolm Brown in a game played at Giants Stadium. The full story is at the Buccaneers web site . Schiano was the head coach at Rutgers from 2001-11, which means he recruited LeGrand, helped shape him into a young man and a football player and was part of his successes. He was also there when LeGrand was injured, there at his side in the hospital, and for many steps after, and is committed to being there for the rest of LeGrand's recovery.
Post a Comment
Read more

May The 4th Be With You - What I Learned From: Star Wars 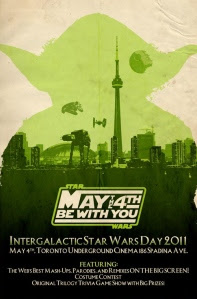 I saw it coming: my 200th post here. Around 190 I started to feel the pressure. I started thinking, what grand statement can I make with the post. Should it be a personal story, a wrap up of the first 2 centuries, a kick off to some new project? Was I trying to hard? I should have known it would come naturally. I just started my 'What I Learned From...' series this week and had covered two favorites in Repo Man and John Hughes movies. I had a few ideas for the next ones, but then I was reminded what was coming up... May 4 - Star Wars Day - as in 'May the Fourth Be With You'. Though individually they do not rank in my top 5, as a whole I have to admit they are right up there, especially in influence. Always more of a fantasy than sci-fi fan, the fantastical elements in the movies grabbed my attention. George Lucas's take on the Hero's Journey , the monomyth or universal myths common to all belief systems, and the omnipresent but not omnisicent or anthro
Post a Comment
Read more

May Is National Bike Month 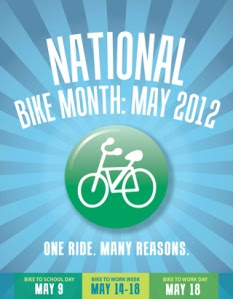 Yep, it's the first week of a new month so you know what that means... 'May is ___ month' time. This time it's  National Bike Month , fitting since I  just got a new bicycle  last weekend. Per the  League of American Bicyclists , the national sponsor of Bike Month: "National Bike Month is an opportunity to celebrate the unique power of the bicycle and the many reasons we ride. Whether you bike to work or school; to save money or time; to preserve your health or the environment; to explore your community or get to your destination."
Post a Comment
Read more 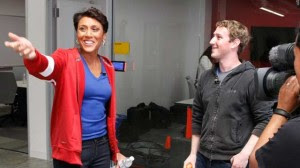 Robin Roberts talks to Mark Zuckerberg, the founder and CEO of Facebook, for an interview airing May 1, 2012 on Good Morning America. Those who know me well know that, though I use Facebook - mainly as an outlet for Well-Met Men and other like-minded posts - I have for a while not been a fan. What is intended to be a way to connect with friends become almost every week less and less about connecting with them and more a focused advertising tool. The one step that changed it was when they took your profile likes and made them actual 'Likes' and filled your screen with posts from that subject (not to mention what everyone is accomplishing in games). But there are good things about Facebook, such as the Causes app, and now they just released a new feature that ups the ante. Facebook CEO Mark Zuckerberg announced today the addition of a new tool on Facebook that will allow users to share their organ donor status with their friends, and if you aren't currently signed up th
Post a Comment
Read more
More posts