Showing posts from August, 2015
Show all

Milwaukee Brewers: An All Inclusive Club 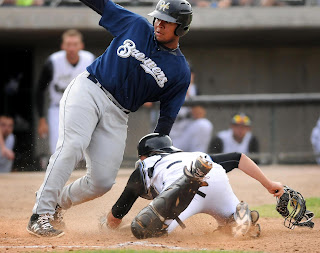 David Denson of the Brewers minor leagues Photo courtesy of  Michael Gallacher / Missoulian 'All-inclusive' usually refers to a hotel where you pay one rate to have access to all food, drink and activities, but for MLB it now means being inclusive of all players of any background. Hopefully these days will be in the past soon,when it is considered 'historic' for a professional athlete to come out as gay. For now though we can celebrate and congratulate when it happens, for it still is a big deal as much as I wish it was old hat by now. For Milwaukee professional baseball team the Brewers, history was made when Davd Denson, minor league player, though not on the Brewers major league roster still an MLB pro with the organization, came out as gay. The full story, relating how he came out in response to derogatory comments made at and about him can be read at the Milwaukee Journal/Sentinel in a great article by Tom Haudricourt. It tells an unfortunately typical tal
Post a Comment
Read more

Make A 'Pit-Stop' For WMSE 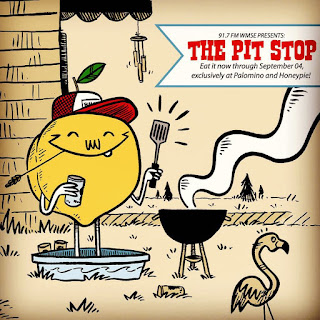 Stop by Palomino Bar or Honeypie Cafe until 9/4 to get "The Pit Stop"! $3 from the BBQ sandwich-peach cream pie combo goes to #wmse. Get it? 'Pit' stop? Nicknamed “The Pit Stop,” the sandwich is an al-pastor style pork beauty (with a vegetarian option also available) that’s topped with a peach coleslaw and coupled with a peach cream pie that’s so good, it’ll make your mama cry! Additionally, $3 will go straight to WMSE with each combo sold. You’ll not only be getting some delicious food but you’ll also be supporting musically-delicious radio programming! Stop into Palomino (2491 S Superior St) or Honey Pie (2643 S Kinnickinnic Ave) to get some pork, pie, and proceeds for WMSE!
Post a Comment
Read more
More posts