Showing posts from November, 2012
Show all

Wrap things up for Movember  with two great events Friday November 30. First come down to the  Milwaukee AdMOrals  game  for their big Movember mustache finale. Then head over to Old German Beer Hal l for the end-of-Movember gala party! Celebrate everything that is Movember - awareness of the cause, raising money, and men's health. Show off your 'stache, win prizes like Wahl trimmers, witness THE HOG 's Gasman and Eric Jensen's peach fuzz and more. Plus, Metro Urology will have screening information and lots more!
Post a Comment
Read more

Give The Best Gift - Giving - On #GivingTuesday 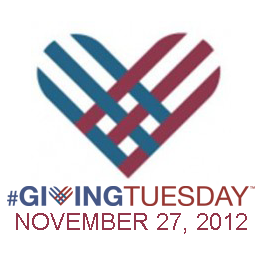 In our latest  The Man Way  feature on holiday shopping for men, I already mentioned that giving is the best gift.  Well, today is a great day to do just that. After the drain of Black Friday and Cyber Monday (oh and did you catch some calling Thanksgiving Gray Thursday? Isn't is just Thanksgiving?) we need to cleanse ourselves of the taint of capitalism - and what better way to do that than to give of ourselves because after all we should all know by now that being good is good for you. Today, the Tuesday after Thanksgiving, is now known as  Giving Tuesday  - a campaign to create a national day of giving at the start of the annual holiday season. It celebrates and encourages charitable activities that support nonprofit organizations.. It is a day to think about gift giving in a different way.
Post a Comment
Read more

The Man Way: How To Holiday Shop The Well-Met Way 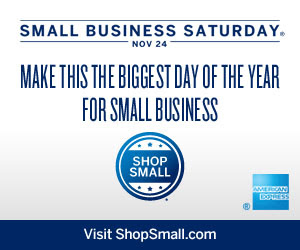 In just over a week, the day after Thanksgiving will kick off the 'official' start to holiday gift shopping. Dubbed 'Black Friday' either because it is usually the day most business budgets move from the red into the black, or the meaning that most men would subscribe to of its negative impact on getting around the city that day. To us men it is a black, as in sad, day if we are forced to participate in the chaos of a large portion of the US off of work and out at every mall and store filling them to the bursting with lines of insane shoppers looking for that special deal or wanting to get that special gift before it sells out. But there are better ways to shop, Well-Met ways that address the needs of men as well as those of others. Small Business Saturday & Local Stores If you wait just one day to shop, you can have a much better experience. The Saturday after Thanksgiving and day after Black Friday, a new tradition has started,  Small Business Saturday  ® –
Post a Comment
Read more 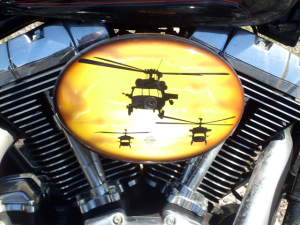 Milwaukee's own  Harley-Davidson  has long been what one might consider a 'patriotic' company. Their brand has been a proudly American one for as long as most of us can remember. That patriotism has always extended to the military and veterans from providing motorcycles to the military (a Harley retrospective can be seen  here ) to incorporating veterans as riders and members. Members of the United States military deployed overseas have the unique opportunity to purchase a Harley-Davidson with special military pricing (program details  here ) and then new Harley riders in the military are automatically added to the Harley Owner's Group  for free . Not to mention all the special badges and accessories for bikes to show they are a veteran. But Harley goes beyond that to help veterans as they return to civilian life.
Post a Comment
Read more 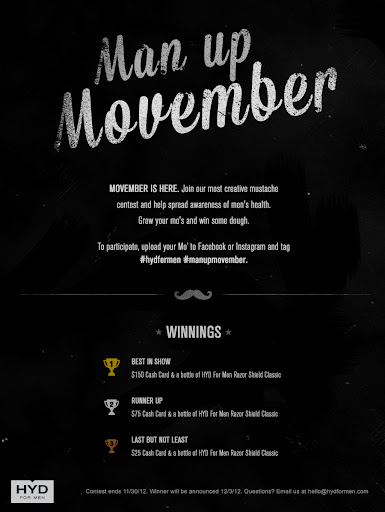 HYD , a new men's grooming product line, tackles common issues that come along with maintaining our appearance -- especially our faces. Their products will use ingredients found in nature; nothing fake, dangerous or hard-to-pronounce should ever touch your skin. As part of their launch, they are supporting those participating in Movember by giving mo growers a chance to win prizes in a 'Most creative mustache' contest. The rules for the event are as follows: -Be Creative with your Mo' -Tag your Mo' on HYD's Facebook or Instagram tag #hydformen or #manupmovember -The more likes you get will help contribute to determine the winner
Post a Comment
Read more 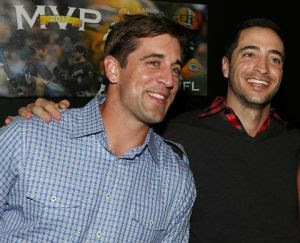 Prominent players of both the Packers and Brewers are stepping up and doing their part to help people affected by two recent tragedies - the Brookfield shooting and Hurricane Sandy. These are just the newest examples of two organizations that consistently show support for their communities and people everywhere. Wisconsin's two pro MVPs Aaron Rodgers and Ryan Braun, through their 8-Twelve restaurant, have organized a Benefit for the Children of Azana Spa Victims  Monday, November 12, 2012 from 5:00 PM to 8:00 PM (CST) Brookfield, WI. This benefit, sponsored by the SURG Restaurant Group and 8-Twelve business partners Aaron Rodgers and Ryan Braun, will benefit the children of the three women who lost their lives in the Azana Spa shooting. The $100 admission will include a silent auction, food stations and all beverages, including wine donated by One Hope Wine and Woodson’s Twenty-Four. Today’s TMJ4 anchor Susan Kim will emcee the evening.8-Twelve. Food and fundraising together - a
Post a Comment
Read more
More posts