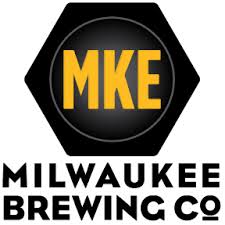 One of the greatest things about watching the craft beer movement, besides great beer, is seeing so many embrace responsible business practices that the big brewers would be hard-pressed to try due to their size. From organic and local ingredients like Lakefront Brewery's Wisconsinite to green brewing practices like  Alaskan Brewing Company's grain-powered steam boiler breweries in Wisconsin and around the US embrace Well-Met practices. Even our local (or not) macro-brewer MillerCoors is involved via their Great Beer, Great Responsibility program which includes community programs, alcohol responsibility, and environmental responsibility.

As of last week, at the top of the list must be considered Milwaukee Brewing Company (MKE Brewing) by joining the DNR's Green Tier program which recognizes businesses with a commitment to sustainability and have put in place a sustainability management plan.

MKE, a craft brewery with a strong sustainability ethic, joined other Wisconsin Green Tier companies committed to exceed the standards in environmental regulations at a ceremony at the brewery on May 8th.

“I commend Milwaukee Brewing Company for embracing sustainability and making a difference in an industry that historically has been resource intensive,” said Department of Natural Resources Secretary Cathy Stepp. “The progressive steps you are taking to reduce water consumption and energy use are wonderful because they not only are helping the environment, but your bottom-line and our economy as well.”

These sustainability practices make Milwaukee Brewing Company stand out as a leader in the industry:


“We’re so proud to be a part of the DNR’s Green Tier program,” said Jim McCabe, owner of The Milwaukee Brewing Company. “Having recognition on the state level for our hard work means a lot to me and everyone who works here. We’ve taken the initiative since day one and to see what our sustainability efforts have grown into amazes me. It’s very exciting but, this is just the first step.”

Milwaukee Shines, a city program that works to support solar energy implementation in the City of Milwaukee played a major role in helping Milwaukee Brewing Company decide to move forward with the solar project and helped them secure a $20,000 multi-agency grant offered through the U.S. Department of Energy and Wisconsin’s Department of Administration and Department of Natural Resources. 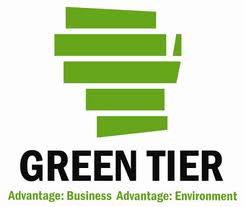 As a Green Tier participant Milwaukee Brewing Company will continue to build on its sustainability efforts. Their plans include working with another Green Tier participant, Rockwell Automation, on creating a semi-automated brewing system that will lead to a more consist product, as well as a more efficient use of labor and energy.

Green Tier encourages a collaborative approach to environmental performance between the DNR and Wisconsin businesses. As part of Green Tier, Wisconsin organizations voluntarily commit to reduce their environmental footprint by developing and implementing accredited environmental management systems.
Milwaukee Brewing Company is a Tier 1 member of Green Tier. In exchange for a commitment to superior environmental performance, the DNR grants benefits to Tier 1 participants, including a single point of contact with the department for easier communications, the use of the Green Tier logo in written marketing materials, and annual public recognition of participation.