- October 20, 2013
We are true believers here that dogs are 'man's best friend', I personally believe that they are an important part of the development of human society, and can't understand when people don't treat them as if they have the feelings we know they have. Two recent news items however highlight the ever increasing understanding of not only what they mean to us but also us to them. In the world of gaming, Call of Duty: Ghosts, the most anticipated game of the season, features a service dog as one of the playable characters while the world of science a recent study shows that dogs equal humans in emotional response.


Dogs do so many things for us from simply providing companionship to doing actual work like guarding and herding livestock, helping those with special needs, and if you paid attention - even helping take out enemy number one when Seal Team Six went after Osama Bin Laden. Not only did that dog get recognition from the president himself, but the distinction of military service dogs has gotten one its own role in the electronic game of the season if not the year. 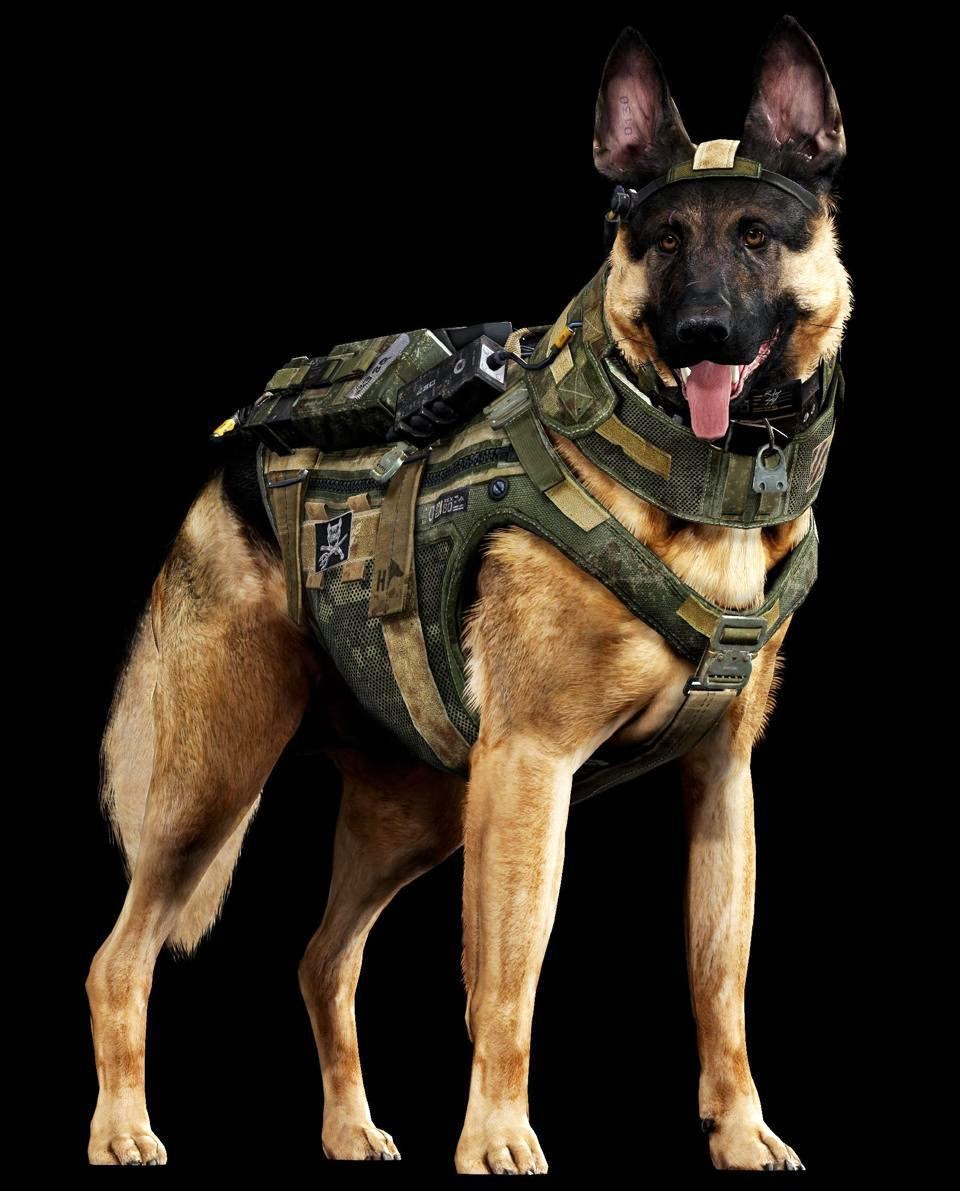 Riley, the name of the dog character, may have originated as an idea on a notecard during a brainstorming session, but he is now the breakout star of the game spawning his own fans and even getting his own unofficial Twitter account @CollarDuty. While dogs have been seen in other games the developers of "Ghosts" made Riley an integral part of the game and as important to progress as they are to us in real life. A recent AP article describes how they used motion capture with two different dogs and met with a former SEAL handler his dog to understand how they work together.

Instead of games where dogs may be guards and enemies to get past, it is so nice to see a dog be portrayed as an important part of the team and a partner and equal to its human counterparts. I can only hope that this role may help turn the opinion of those that have only been exposed to dogs as fear-inspiring beasts to seeing them as companions.

Because they are. Dogs are not just pets, not possessions, and while we have seen them be referred more and more as companions, even family members, many still don't see them as different than any other animal. But just as we begin to understand the intelligence of other inhabitants of the planet like our fellow primates and dolphins, so too are we getting proof that dogs are right up there in intelligence and emotion.

Those of us that have worked with dogs whether professionally or philanthropically will tell you we have seen it firsthand, but some don't believe simple behavioral observations. That may all have changed. As an editorial in the NY Times by one of the scientists involved describes, over the  past two years, he and his colleagues were able to use an MRI to record the responses of dogs and show that they share emotional responses with humans.

'After training and scanning a dozen dogs, my one inescapable conclusion is this: dogs are people, too.' Gregory Berns attests.

This is not the first time a dog's brain was scanned in an MRI, but the first time it was done with them conscious to be able to register their responses to stimuli. It was no mean feat, it is hard enough getting a person to lie still for an MRI, try it with a dog. They specially trained dog subjects specifically to handle the scan. But with the help of a trainer and mock MRI in his home, Bern was able to get the first dog, his own dog Callie, to get scanned.

Targeting a part of the brain, the caudate, that registers consistent activation to many things that humans enjoy, they 'found that activity in the caudate increased in response to hand signals indicating food. The caudate also activated to the smells of familiar humans. And in preliminary tests, it activated to the return of an owner who had momentarily stepped out of view.' To the scientists this ability to experience positive emotions, yes like love, mean that dogs have a level of emotion and even sentience (intelligence) equal to that of a human child.

Since recent rulings by the Supreme Court have included neuroscientific findings that open the door to such a possibility, it could be possible that dogs could be legally considered having a personhood (hey if corporations can have one why not other living beings?) and thus we may be able to afford them protection from those that abuse and mistreat them just as we protect our children and other human beings.

Both of these events support and promote my own beliefs that dogs are important parts of human society, partners and companions that deserve to be recognized for what they give us that not even other humans can, and I hope that stories such as these help convince others.
animal welfare dogs gaming military