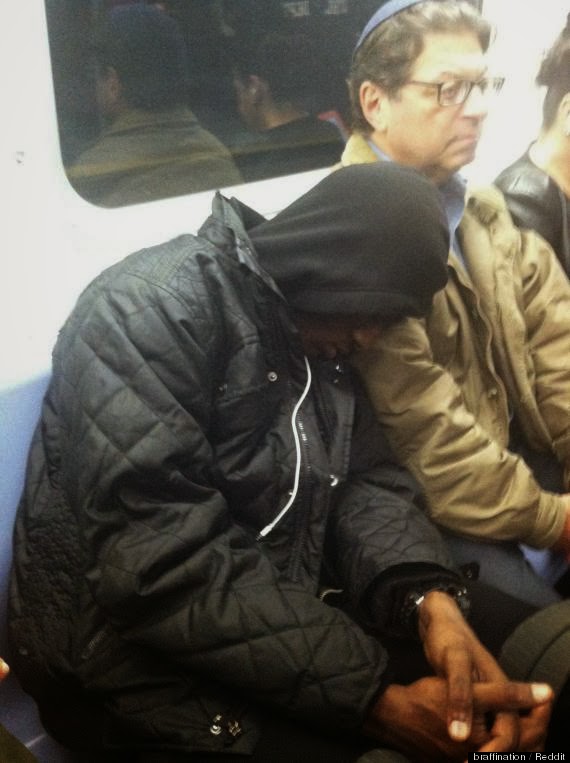 It has been a while since I talked about the four virtues of a Great Man, our version of a modern gentleman's code, but in the news the past week there was a perfect example. You may have seen the image of the man on the Q Train - New York City's subway - letting a complete stranger rest his head on his shoulder. To us this is a display of a Great Man displaying the value of Compassion.

Isaac Thiel, you are a Great Man.

As a refresher, this is our code: A Great Man man strives to be Compassionate, Decisive, Enterprising, and Sincere. Specifically, the virtue of Compassion means to have good intentions, to feel empathy and sympathy for the feelings of others. Be cognizant of their needs and try to help those in need.

In this case, Mr. Thiel was obviously showing compassion - having empathy for the feelings of the man, aware of his needs and helping him by not disturbing him

Just think of what a big deal this is, maybe not for Mr. Thiel or a Great Man, but to the general public, how awkward this might feel in public, and for him to ignore or even lack that instinct many would have to at minimum move out of the way, or possibly even more rudely shove the guy away. But no, Mr. Thiel just sat there and let the man get the rest - for a half hour.

What would you have done?
BeGreat Compassion