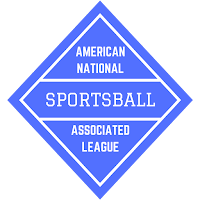 So, there was one major story of astronomical proportions that eclipsed most other news and social media the past week, but if you paid attention, there were some pretty cool sports stories, local and global and ranging from youth to pro levels including a Packer player and Little League World Series (LLWS) baseball players.

It's always great to see men doing great things and though we think it's rare, there are more times than you might see that professional athletes are part of something great. We see all of the failures and missteps, but for some reason its not always 'newsworthy' when they do the right thing, the great thing. I try to catch as many of those as I can and share here.

But sometimes, the men are outplayed, age doesn't always equate to greater things. Sometimes its youth that need to help us remember how to act properly. We saw that this week as well.


Packers defensive back Ha Ha Clinton-Dix was spotted wearing shoes with the names of four slain police officers, all from near where he grew up, written on them. Ha Ha is working towards his criminal science degree during off-seasons, the major he was working on at Alabama. He also has a charitable organization - Ha Ha's HERO Foundation - whose mission is to "provide economically-challenged students with a voice of motivation, empowerment and encouragement so they can be Heroes by achieving academic excellence, developing positive personal skills and making positive decisions to avoid high-risk behavior." Great Plays Ha Ha, so happy you are a Packer.

Not to be left out, the Bucks were represented when Thon Maker gave up his first class seat to move the perhaps the worst seat on a plane so that the flight could take off after most every other passenger refused to move. We too often think of pro athletes as spoiled elitists, but this was a great example that they can be and are thoughtful and accommodating as anyone else can be.

In other 'professional' sports news, a video by Cricket Wireless spotlights some of the impact wrestler John Cena has had on fans, inspiring them with his "Never Give Up" mantra. For anyone who thinks its not 'manly' to cry, check out Cena's emotions, and try to keep a dry eye yourself watching people thank him for inspiring them.

But finally, upstaging them all, was the story of the Little League moment where the winning Venezuela team players went over to console the Dominican Republic pitcher who just lost on a walk-off triple hit.  DR pitcher Edward Uceta was arguably the star of the 2017 LLWS, but he took the loss after the triple scored on him gave Venezuela the win. Venezuelan players consoled him right after, on the mound, then also during the handshake line. It is so great to see kids not even think about how to support each other, as grown men we can learn from them. Forget if you look 'like a man', you are a great one if you care for and support each other.
Great Play