The microbrewing community always seems willing and able to step up to help others when needed. Westallion Brewing Company, a new West Allis microbrewery, is showing themselves to be just another in the line of brewers doing great things for the community and beyond. On October 20 they are holding an event to raise funds for Puerto Rico relief efforts.

October 20 may seem a bit away to raise funds, don't they need it now? Of course they do, but disaster relief is a tricky thing. Money is needed up front, and its important for it to go places where it will do the most help. But often people forget that it is an ongoing effort well past the initial event. Rebuilding of homes and lives needs to take place. Puerto Rico will be needing huge, long-term efforts to rebuild as their entire infrastructure is pretty much wiped out. This will take lots of time and money, and though it is a U.S. territory, it often gets forgotten by the public and the government. To me its great that they are doing this in a few weeks when people may have started to forget about their needs.

It's easy for most Americans to forget that Puerto Rico is part of the U.S. since we focus on the 50 states. But it is indeed part of America, it is an unincorporated territory (along with Guam, Northern Mariana islands, U.S. Virgin Islands, and American Samoa) where the constitution partly applies, but our protection should fully apply. They fall under the control of the federal government and can be considered as part of the "United States" for purposes of law as defined in specific legislation. They also recently voted in a referendum with a majority preferring full 'statehood' - becoming an official U.S. state - as their status moving forward.

We all should consider them fellow citizens and rally to help them just as we are doing for the people of Texas and Florida and other people affected by recent disasters. 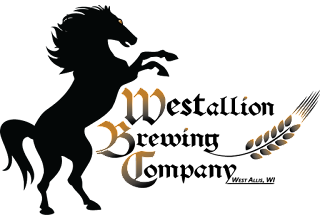 Please join us, Mas Soul and El Jibarito on October 20th as we do our part to raise money and awareness for this crisis. 10% of all bar sales will be donated to relief efforts, as will all proceeds from a raffle for a free quarter barrel party. Mas Soul will be in to provide the island sound, mixed with today's classic hits while El Jibarito brings the best in Puerto Rican flavors.

Please share this with as many people as you can. Puerto Rico needs our help. They are our people. One people. One love.
beer disaster fundraising