Giannis Is A Blue Dolphin?

Giannis is a Milwaukee Buck. An outstanding one at that. Or is he? One reporter claims he is a Blue Dolphin, or at least uses the concept whether he knows it or not. Giannis has shown the ability to shake of the doldrums of 'failure' such as losing Game7 of the Celtics series and being taken out of the playoffs by turning the problem in its head and looking instead at positives. 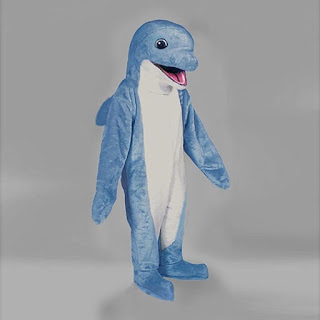 Justin Bariso of Inc. Magazine posits in a recent article that this ability by Giannis is a tool we can all use in our own lives.

From his dad jokes to his general positive demeanor, there is little not to like about the Bucks superstar. He seems a genuine person without some of the usual flaws we see in professional athletes. But even someone of his caliber will deal with negative situations, usually compounded by having to talk to reporters about them. But Giannis always seems to remain positive, or at least see something to learn from the situation. According to Bariso, this is called the blue dolphin rule. This reaction is opposed to the white bear problem which states that as you attempt to suppress certain thoughts, you actually increase their frequency. Dwelling on negative thoughts makes negative situations more likely to occur. Bariso says "The blue dolphin is a replacement thought, a different point of concentration. It's a go-to, something you can immediately switch your focus to if your white bear comes to mind."

Check our Bariso's article to see examples of everyday life differences between the white bear and blue dolphin. You may recognize some of those white bears, I know I do, and see how the dolphin can change your perspective, and maybe even stave off the next negative situation.