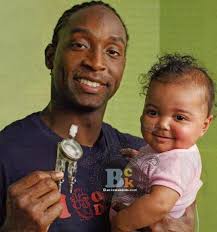 To most Wisconsinites and Packer fans he may play for the 'enemy', but Chicago Bears Defensive Back Charles Tillman is someone we can all look up to. In February he received Fifth Third Bank’s 2011 Community Leadership Award & Namesake Scholarship as one of three people recognized for their leadership and efforts that have provided meaningful impact in communities  of color. Since 2005, his Charles Tillman Cornerstone Foundation has impacted the lives of countless children in the Chicago area through various programs.


In addition to the Fifth Third award, he has gotten these other accolades:
He was recently featured on Oprah Winfrey (The Gift of Life) in detailing how in July of 2008, his three-month-old daughter, Tiana,  at the age of six months old received a heart transplant after she was diagnosed 2 months earlier with Dilated Cardiomyopathy. After that experience he created the Tiana Fund, a program that:


provides assistance to economically at-risk persons or families in-need that will strengthen their ability to care for themselves, enhance their stability and security, and improve their quality of life or their ability to contribute to the community. Applications are only available at Chicago-area hospitals or pre-approved community organizations.

He followed one of the Well-Met codes to be Well-Applied and used a personal experience to choose to make a personal commitment to the cause by choosing to support the cause of organ donation which saved his daughter's life.

We don't all have the resources of a pro athlete, but we can be inspired by his finding passion for a cause related to a personal experience and us that as the impetus to get involved in that cause. We all have things that happen to us or family or friends, and one of the best ways to deal with the emotions we bottle up as men because of those events is to find (or even create) an organization or event that addresses the subject. If you even impact one other person for getting involved you have turned misfortune into fortune.
activism charity Great Play NFL organ donation