U of Tennessee Vols Step Up Vs. Bullying 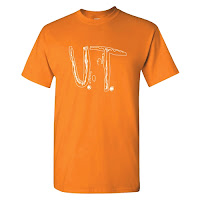 You may have seen it on the news already, but I wanted to extend my gratitude to the University of Tennessee for taking a stand against bullying.

By producing the design that caused a student to be bullied, and donating all proceeds to STOMP Out Bullying, they show that they have a heart.


In case you haven't heard by now, at a Florida elementary school celebrating College Colors Day, one student did not have official gear for his favorite school but wanted to participate. Laura Snyder, the teacher of the boy (who remains unnamed) at Altamonte Elementary School tells us what happened next “This particular child came to me and told me that he wanted to wear a University of Tennessee shirt, but he didn’t have one. We discussed that he could wear an orange shirt to show his spirit. He told me every day leading up to it that he had an orange shirt that he was going to wear”, Snyder said in a social media post. 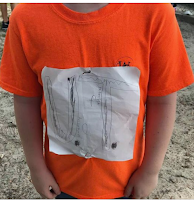 The child came to school with an orange shirt with hand written UT letters on it, a move that was met with mean-spiritedness by other students who made fun of him.

But in an inspiring twist, the University of Tennessee made the student's design official, and their website crashed with pre-order traffic.

From the UT website description of the shirt: "When a Florida elementary school celebrated College Colors Day, one student inspired all of Vol Nation with his Volunteer Spirit. After he drew this design onto a sheet of paper and attached it to his orange shirt some classmates made fun of him. Vols were touched to learn of the student's heart for the University of Tennessee and sent UT gifts of all sorts. Now you can share in this student's Volunteer pride by wearing his design on your shirt too. Proceeds from every shirt sold will be donated to STOMP Out Bullying."

The University taking a stand against bullying, and so many of the public supporting their stand by buying the shirt, is moving and uplifting, showing us all, especially those that may be bullied that there are people who care. You can pre-order the short here.
athletes bullying