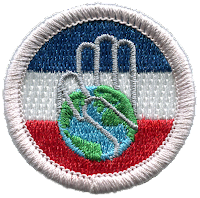 Boy Scouts from Appleton, WI jumped into action when the Amtrak passenger train they were on derailed in Missouri and acted as First Responders.

2 different troops consisting of a total of sixteen youth and 8 adults were on the train when it derailed. WBAY reports that the students "played a major role in the rescue -- breaking windows, helping people off the train, and attempting to save the life of the dump truck driver who died."

BSA, The Boy Scouts of America, has had its issues, mainly due to sexual abuse allegations against adult leadership, and has taken a deservedly black eye to its reputation. But they are trying to build it back. Their values and standards can still give youth moral and ethical standards to grow on and provides not only leadership and teamwork experience that can help later in life, but also practical skill like first aid that were used in this situation. The organization changed its name to Scouts BSA when they started to allow girls to join and participate, even completing the highest level of Eagle Scout. They have made strides in being more inclusive such as rheir VIEW whose mission is to "promote an inclusive community for BSA’s LGBTQ+ employees and their allies. The group will strive to support diversity across the organization." with a new merit badge for citizenship that promotes inclusiveness.

It's easy to jump on an organization when it fails, it's harder to give them the opportunity to correct course. BSA is doing that, and we should give them a second chance. As this event shows, participants can learn how to contribute to society with the skills they learn. I myself was involved as a youth and I learned skills I use to this day as a camper and a community volunteer.